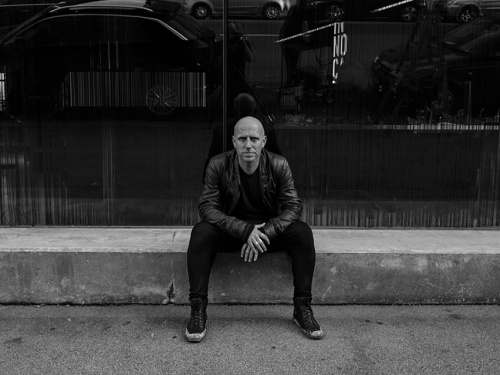 Martin Lesjak is the design visionary behind INNOCAD.  His foresight and expertise in art, design, craft and theatrics have led the award-winning firm in innovative directions globally.

As a child, Lesjak knew early on that he would use art to make a difference, as this was the universal language that came naturally to him. The only question:  which path he would choose?  In addition to showing talent in fine art, stage design and stage construction, he exhibited a penchant for music and learned piano at a young age. As a college student this passion was expressed as a DJ, where he earned a following and was nicknamed: ‘A Lord’ together with his partner ‘Jesus Miller’ as “Doctors on Decks,” an internationally successful DJ collective.  Today, he continues to fuel a love of music in collaboration with Severin Su producing music for 13&9 Design.

An educator and thought leader, Lesjak discusses his work and lectures frequently at academic institutions. Receiving his Master of Science in Architecture from the Technical University of Graz, he has lectured there consistently since 2003 as well as at the Institute for Urban Development and Institute for Residential Building.

Lesjak recently spoke at the GIS International Architecture Expo Conference Bucharest, 2014; Architektur in Progress in Vienna, 2013; at the IDW Istanbul, 2013; at the 2013 Turn-On Festival in Vienna; at Microsoft Vienna ”New World of Work”, The Office of the Future, From Idea to Reality, 2012; at ÖGFA (Austrian Architectural Association) ”Designing Autonomy/Autonomously. How much autonomy does architecture have today?”, Vienna 2009; at sft-Architecture World 2007 in Münster, and many more.  He represented INNOCAD during Istanbul Design Week 2013 and in 2014, was the official representative of Graz as a UNESCO City of Design at the first “Shenzhen Design Award for Young Talents 2014” in Shenzhen, China.

After receiving the label “best architects” for 2014 and 2013, Lesjak has recently served on the jury for “best architects 15” serving with Donatella Floretti, Berlin and Niklaus Graber, Luzern.

For Lesjak, the creative process does not end with the shaping and designing of an object -- creativity is involved in every facet of the development process and in the evolution of comprehensive design solutions. He further contends that creativity is without boundaries and offers a multitude of possibilities and should not be labeled into specific categories. It is this search for truth in design that prompted Lesjak to co-found 13&9 Design, an interdisciplinary product design label, together with life partner, fashion and product designer, Anastasia Su.  The brand produces products across multiple categories and works with local suppliers, artisans and craftspeople to produce these original designs. They design for international brands, like Mohawk Group, XAL, VITEO Outdoors, and Artifort / Lande.

Not everyone can turn a talent and passion into a viable and successful profession, but Martin seems to have mastered this from the start.  Deeply connected to the design process itself, the importance of an idea often serves as the guide and project inspiration. This is evident in his earliest project, designing his father’s vacation home in Croatia in 1995, and to his commitment to live only in INNOCAD-designed residences.

When he is not occupied with design and architecture, lecturing at conferences or universities, receiving awards, or launching new products for 13&9, Lesjak can be found at his weekly football match (he once considered pursuing that professionally) or sailing a catamaran and remaining digitally out-of-reach with family and friends while enjoying the sea. 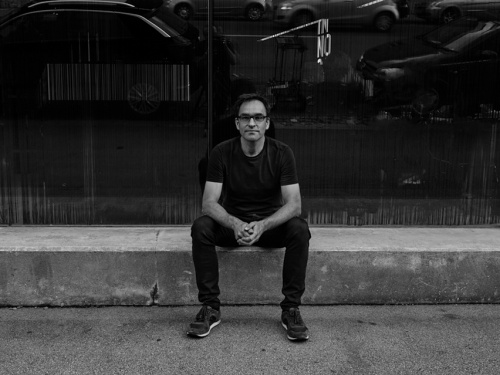 In 1999, Peter Schwaiger established INNOCAD in Graz together with Martin Lesjak, and

If Lesjak is the firm’s soul, Schwaiger is the team captain, keeping the team focused and remaining on the right course. As the other founding partner, his role as COO is managing all business and logistics for the organization. Firm, dependable, optimistic, pragmatic and always accessible, he fosters INNOCAD’s business relationships most notably their recent expansion into the Middle East. The firm is well-balanced between the two leaders of the firm, Lesjak and Schwaiger, due to their long history, mutual respect, and personal admiration for one another.

Like Lesjak, Schwaiger knew early on as a small child that he would build houses some day. Since his years at university where he graduated with a Master of Science in Architecture, and with

INNOCAD he has realized more then 50 projects – more then he could have ever imagined as a child growing up on a farm.

Today, Schwaiger juggles his work at INNOCAD and Golden Nugget with a rich personal life. He gets immense joy from his two children and his life partner who also studied architecture and is a lighting designer.

If he is not in the office or with his beloved family, you can find him on the football field meeting friends for their regular game of soccer. In addition to seeing the firm expand to global locations, he also aspires to play a key role in the development of a significant skyscraper. 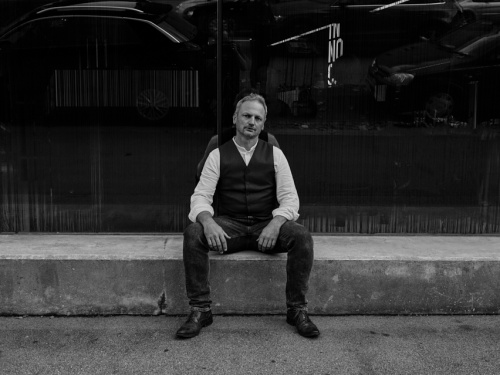 Patrick Handler studied architecture at the Graz University of Technology, Austria where he graduated with a Master of Science in Architecture.

He began his career in 1995 at several architecture offices in Graz and in 2005 he joined INNOCAD.

Prior to specializing in architecture, he pursued event management, developed art installations and was a film maker. It’s no surprise that Handler settled at INNOCAD, which overflows with creativity and can fuel his artistic/theatrical side.

He stands as the elder statesman, being one of the longest members of the INNOCAD team, since his first project, AM KAI in 2005.

Handler provides much needed calm to the team and is known for his patience, ambition, technical abilities and organizational skills. He is the ideal project manager. His tireless determination pushes through targets and finishes projects on time and flawlessly. He is a great coordinator from the design phase through implementation and educates other team members on technical issues.

What inspires him most about his work at INNOCAD is seeing the process of how concepts and plans materialize to reality during the building process.

Handler is married and has three kids. He stays focused through his sports, especially ski tours in winter backcountry and cycling, books and good food. 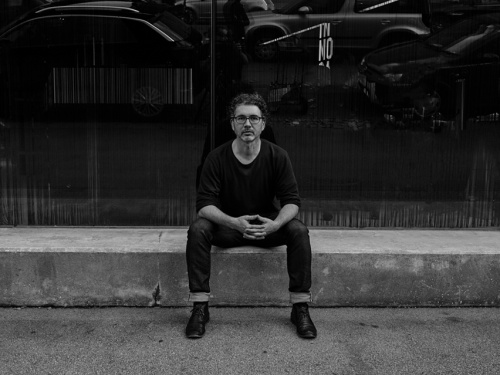 After time as a journeyman carpenter, Jörg Kindermann studied architecture at the Graz University of Technology in Austria where he graduated with Master of Science in Architecture.

In 2001, and self-employed, he ventured to work in the fields of architecture and mediation of architecture.  Also at that time he started teaching assignments at Graz University of Technology at the Institute for Residential Building.

Kindermann’s creativity is a huge asset to INNOCAD and his sophisticated and educated tastes are evident in his keen aesthetic and eye for detail. For him, though, it’s not about looks, but he seeks to find sustainable solutions so that the designs are in tune with an holistic approach while keeping innovation and user experience top of mind.

Kinderman loves to travel with his partner in life and becomes immersed in different cultures. When not travelling or designing, he can be found exploring art, literature and music. 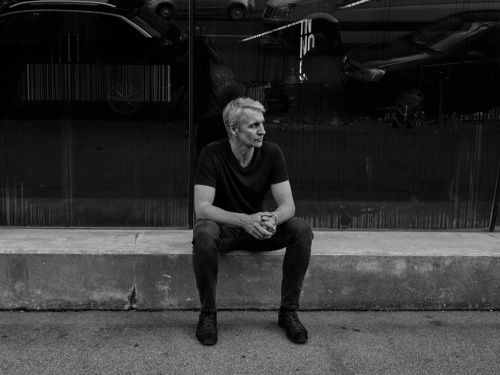 Oliver Kupfner studied architecture at the Graz University of Technology, Austria where he graduated with a Master of Science in Architecture. During that time, while playing volleyball professionally, Oliver met other INNOCAD employees. From 1995 to 1998, he worked at various architecture firms in Graz until he landed at architect Heinz Wondra’s office where he stayed for ten years and gained all the important experience.   In 2008, Heinz Wondra retired and Oliver joined the INNOCAD team.

Personal and outgoing, Kupfner is the communicator of the firm. He enjoys travel, new people, culture and sees opportunity in the art of engaging others. Which is good because given the firm’s global expansion, he is on the road significant amounts of time.

In his work he loves the challenge, the emergence of ideas and its professional implementation.

Kupfner knew very early on that he wanted to design houses some day. During holidays he would work on building sites which fueled a passion that never subsided.   He is still enthusiastic about architecture, from his first project at INNOCAD, ROSE AM LEND to his aspirations to build high-rises or airports.

For him, three things complete his life: his two boys, his sport, and his sense of humor. His children keep him grounded, his sport – jogging, swimming, beach volleyball- keeps him healthy, and his humor – always keen on a good laugh - keeps him sane.